Places to go in the Washington, DC area for exciting exhibits as well as interesting lectures and events.

Stand next to the Wright flyer, touch a moon rock, tour a replica of skylab, and gaze at the Spirit of St. Louis.  You can also wander the 22 exhibits on the history of flight and learn all about travel through air and space.

Also home to the Albert Einstein Planetarium and an IMAX theater featuring films of flight and space.  Admission to the museum is free though there are extra charges for planetarium and IMAX shows.  See more at http://airandspace.si.edu/museum/flagship.cfm.

If you thought the displays at the National Mall museum were huge, drive 45 minutes outside of DC for an impressive array for vehicles too big to fit downtown.  One highlight is viewing the actual Space Shuttle Discovery, but don't miss the SR-71 Blackbird (the fastest plane eve), Concorde (fastest supersonic commercial jet), World War II bomber Enola Gay, and many others.

Also home to an IMAX theater.  Admission to the museum is free though there are extra charges for IMAX films and for parking ($15 per vehicle).  See more at http://airandspace.si.edu/museum/udvarhazy/. 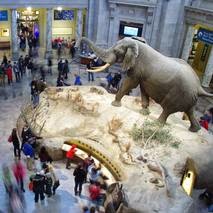 Stroll among dinosaurs (including a T-Rex), gaze upon the Hope Diamond, learn about forensic pathology, and check out a giant squid.   These natural wonders await you among the Hall of Mammals, Human Origins, Hall, the Oceans, indoor Insect Zoo, and other fascinating exhibit halls.

Also home to an IMAX theater.  Admission to the museum is free though there are charges for IMAX films.  See more at http://www.mnh.si.edu/. 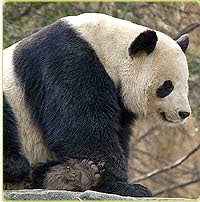 Nobody can resist the cuteness of a Great Panda.  So come visit the 2000 animals from over 400 species making their home in the heart of Rock Creek Park.   Many are housed in their own special enclosures, such as the small mammal and reptile houses.  Others live along picturesque trails that closely mimic their natural environment, such as the Asia Trail, Americas Trail, and new Elephant Trail.  So bring a picnic lunch and enjoy a lovely stroll amongst the wildlife.  Admission to the zoo is free.  See more at http://nationalzoo.si.edu/.

DC isn't the only place with a zoo.  Just an hour north in Baltimore, ten minutes from the inner harbor, is the Maryland Zoo.  With over 2,000 animals it's a great way for our Maryland neighbors to get up close with nature.  Although the zoo hit hard times a decade ago it has been restructuring ever since, capped by a new penguin exhibit coming later in 2014. All on top of the exciting Polar Bear and African Journey exhibits. 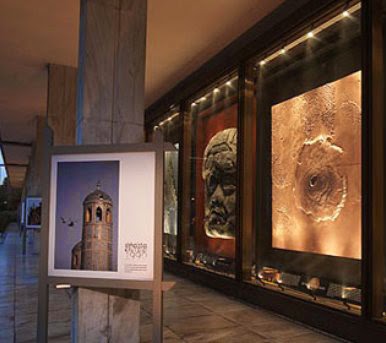 The people behind the magazine of exploration and discovery are highlighted in their own museum downtown.  Exhibits rotate but always focus on the works of researchers, scientists, and photographers who continue to explore our world. The Society also host numerous lectures, films, and special exhibitions from across the globe.

Admission to the Museum is $11 for adults, $7 for children 5-12, and $9 for Society members, students, senior citizen, and the military.

This is a bit different than other science museum in the area...it's main goal is to help people use science to solve problems in their communities. The museum's state-of-the-art exhibits, public events, and educational  programs, provide information that stimulates discussion and provides insight  into how science supports decision-making.

Admission is $7 for adults and $4 for students and members of the military (with ID).  See more at https://koshland-science-museum.org/.

Located within the Nature Center, the planetarium leads visitors on a journey of exploration into our solar system, galaxy, and beyond.  This is unique to Washington as the only Planetarium in the National Park System.  Free tickets to each show may be picked up at the Nature Center front desk up to one-half hour before the show.  Open for shows weekends and on Wednesdays. Outside of the planetarium, evening stargazing sessions occur once a month from April to November.

It's not directly in DC but is definitely worth the 45 minute trip to Baltimore.  The  Center features a variety of permanent and traveling interactive exhibits teaching us all about Earth Science, Life Science, Dinosaurs, Physics, and Space Science, among many others.  They even sponsor the TemperatureBlast citizen science project.

Visit this world-class aquarium featuring over 16,000 marine animals all in one place.  The fish swim all around as do sharks, jellyfish, and even dolphins.  Exhibits feature information on Atlantic Coral Reefs, the tropical rainforest, and Maryland's own distinct marine life.   Certified SCUBA divers can swim with the animals as part of the feeding and maintenance operations!

While not nearly as large as it's sister aquarium in Baltimore, the impressive collection of 1,500 fish, alligators, and turtles is sure to impress.  You can also learn about America's freshwater ecosystems and National Marine Sanctuaries. 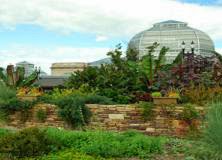 At the base of the Capital building and hidden amongst the larger Smithsonian museums nearby, the U.S. Botanic Gardena is a lovely slice of nature right on the National mall.   You can learn a lot there too!  Check out the rare orchids and rose gardens, along with plants from the desert to the rainforest and everywhere in between.

Admission to the garden is free.  See more at http://www.usbg.gov/. 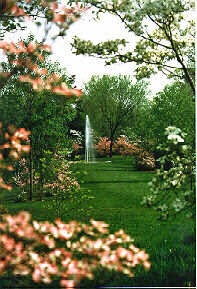 This nearly 450-acre research center supports a wide number of trees and large plants, lovely trails for hiking, educational programs, and many great spots for a picnic.  Items of interest include the extensive azalea collection, the National Grove of State Trees, National Bonzai and Penjing Museum located on site.

Admission to the Arboretum is free.  See more at http://www.usna.usda.gov/.

Do you live in the Washington, DC area? Are you interested in discovering all the science-related lectures, exhibits, and events available to you? Then stick around and help us create a community of science lovers in the DC area.

I'm a science lover living inside the Beltway. By day I am humble Federal employee combining my policy and research interests for a major research funding organization. By night I'm just a regular member of the public who enjoys learning about, teaching, and discovering science.

I have also been an avid Citizen Scientist for over ten years and have chronicled those adventures at www.OpenScientist.org.

All material is my own. Unless specifically noted, thoughts and opinions do not reflect those of any company, organization, or
government.

Want to join the team?

ScienceinDC keeps expanding and we need your help! If you live in the Washington area, love science, and want to try your hand at some blog writing, let me know at ScienceinDC@gmail.com. There are many things I want to do with this site and not nearly enough time to do them. But if you share this passion maybe we can work together to promote and support science in the DC area.